Andrew Carr completed his physiotherapy studies in 1991, and worked in private practices in Adelaide for 3 years before working in the United Kingdom for 9 months at St Mary’s Hospital, Paddington.

On his return to Adelaide, Andrew completed a Masters degree in Sports Physiotherapy at the University of South Australia (1997-1998) where his thesis investigated the strength and performance characteristics of the shoulder muscles in elite swimmers.

Andrew has worked in private practice throughout the Adelaide metropolitan area for over 20 years and has extensive experience in the treatment and management of complex sporting and compensable injuries, and post-surgical rehabilitation.

Andrew has been physiotherapist for several sporting teams including Matrics Netball Club (1998, 1999), South Australian U17 Cricket Team (1999), Glenelg Football Club (2000, 2001, 2002). Andrew was a contracted provider of rehabilitation services to WorkCover SA from 2002-2012 and has extensive experience in all aspects of compensable physiotherapy and medico-legal work. 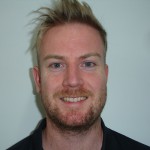 Nick Deegan joined Northcare Physio in 2005, and has more than 10 years of clinical experience in musculoskeletal physiotherapy working in a number of our clinics.

Nick spent several years as the worksite physiotherapist for GM Holden and VISY in metropolitan Adelaide. He started his career in the hospital setting at Royal Adelaide Hospital, and soon realised his passion lay within the private sector of musculoskeletal physiotherapy. 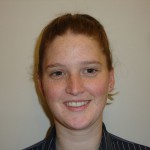 Lisa Nicholls (nee Tomney) has been at Northcare Physio since 2010. Alongside her standard physiotherapy qualifications, Lisa has had further training and qualifications in dry needling, clinical pilates and women’s health in preventative pelvic floor exercises.

Lisa is involved in running  the ante-natal aqua exercise classes conducted in the purpose-built pool at our Salisbury Plain clinic. Lisa has a keen interest in hydrotherapy exercise programs more broadly, and also has experience in worksite assessments and suitability of jobs, together with pre-employment assessments. 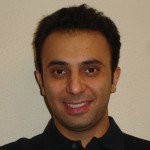 Amin has more than 10 years clinical and research experience. His main interests are physiotherapy for musculoskeletal and sports injuries of spine, shoulder, and ankle joints, balance disturbances, and posture abnormalities.

Amin is enthusiastic about his patient’s proactive control over their treatment through education. Amin can also communicate in Persian and Farsi Dari languages. Khoi Pham is a physiotherapist who graduated from University of South Australia in 2017 with a Bachelor of Physiotherapy. He has a strong interest in treating musculoskeletal injuries surrounding the shoulder and lower back, and also providing rehabilitation for sports related injuries. His personal interests in sports led him to work as a Sports Trainer for CBC’s Old Collegians Football Club for one year.

Khoi has completed additional training in dry needling, and is involved in providing rehabilitation through hydrotherapy and the use of the gym. Khoi’s approach to physiotherapy is to develop a good relationship between the patient and himself so that the necessary treatment can be provided along with the necessary education and advice to ensure a successful long term outcome.

Outside of work, Khoi likes to play volleyball, badminton and cycling. 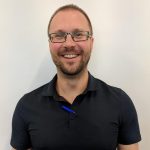 Michael Callan is a physiotherapist who relocated to Adelaide early 2019, having spent the last decade in Perth. Originally from Canada, Michael moved to Perth in 2008 to study Physiotherapy at Curtin University. After completing his Physiotherapy degree in 2010, he began working in private practice.

In 2014, he went back to Curtin part-time and completed a Master of Clinical Physiotherapy (Musculoskeletal Major) whilst working full-time in the clinic. He enjoyed the experience so much that he began working as a postgraduate clinical supervisor at Curtin for a few years prior to leaving Perth.

Michael sees a wide range of musculoskeletal conditions such as neck and back pain, shoulder pain, knee, hip and leg pain, muscle pain and nerve pain. He has worked with athletes and sport teams as well as in chronic pain clinics. He also has additional training in management of dizziness.

Outside of work, Michael enjoys exercise at the gym, golf and tennis, as well as spending time with his family and dog. Blake Palmer is a physiotherapist who graduated with a Bachelor of Physiotherapy from the University of South Australia. He is interested in musculoskeletal and sporting injuries Blake Palmer and has experience in a variety of sporting teams including North Eastern MetroStars Soccer Club and FC Barcelona Escola. During his studies, Blake also worked weekends as a Physiotherapy Assistant at the Royal Adelaide Hospital.

Blake’s passion for physiotherapy is largely driven by his love of sports and because of this he has a strong commitment to further developing his skills in this area. He has a strong desire to help people improve their daily lives, particularly through exercise and rehabilitation. His ambition is to collaborate with patients to reach their unique goals and provide self-management strategies to empower patients to achieve long-term solutions.

Blake plans to undertake a Masters in Sports and Musculoskeletal Physiotherapy in the future and continues to keep up-to-date with the latest evidence-based treatments. Outside of physiotherapy, Blake likes to play soccer and cricket as well as stay active at the gym. 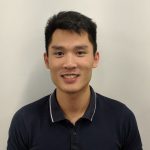 Kevin Tran is a physiotherapist who graduated from University of South Australia in 2017 with a Bachelor of Physiotherapy. He has a strong interest in treating musculoskeletal injuries, and is experienced in aged care services.

Kevin has completed additional training in dry needling, and is involved in providing rehabilitation through the use of the gym. 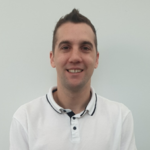 Thomas Page has recently graduated from University of South Australia completing the Bachelor of Physiotherapy. Tom has a passion for sport and exercise which was one of the reasons for undertaking physio studies. The main reason why Tom chose a career in this profession is a desire to help people improve their physical wellbeing and overall quality of life. He is excited to start his career at Northcare Physio which will enable him to work closely together with clients to get the best possible results for them. Tom is looking forward to developing his skills across the breadth of physiotherapy, especially in the musculoskeletal space. 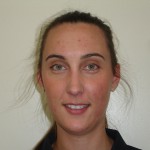 Tania Robertson graduated with a Bachelor of Applied Science (Human Movement) in 2009 and gained her Diploma of Remedial Massage in 2011.

Tania has 4 years of massage experience and specialises in sports and deep tissue massage and relaxation massage. She has a background in sporting injuries and has experience working with two country football clubs providing pre and post game massage treatment. Tania has a keen interest in treating both sporting and occupational injuries to relieve muscular pain and imbalance.

Outside of work, Tania enjoys travelling the world with her twin sister and cheering on the Port Adelaide Football club and the Adelaide 36ers. 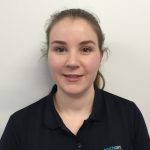 Kylie Loffler is a massage therapist who completed a Diploma of Remedial Massage at The Australian Institute of Fitness. She started her massage career working in sports with the SANFL Umpires and the Port Adelaide Football Club.

Kylie specialises in deep tissue and sports massage, and has a keen interest in helping people and takes pride in knowing that she is improving someone’s life by reducing pain and improving range of movement. Kylie has a nurturing touch and can adjust pressure to the client’s needs. Kylie provides advice and stretches for clients to perform at home to ensure treatment lasts after the session.

Kylie enjoys getting outdoors by gardening, going on hikes, and visiting the beach. 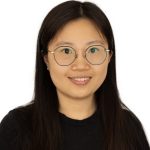 Zhe Zhao qualified as a Remedial Massage Therapist in Sydney and has been working in this field for some years now. She has a passion helping people releasing chronic musculoskeletal issues and pains through a variety of massage techniques. Zhe has special interest in trigger point therapy, myo-fascia release and PNF stretching. She also gives post treatment advice on diet and lifestyle. She believes having massage treatment regularly along with physio treatment and proper exercise and diet greatly improves our physical and mental health wellness. She offers remedial, relaxation, deep tissue, pregnancy, and lymphatic drainage massage.

In her spare time, Zhe likes to go to the gym, catch up with friends for good spot and food. Jessica Coombe is an Exercise Physiologist who has always had a passion for health and exercise over the years. Jessica has recently graduated from the University of South Australia and is excited to join the industry. She is a strong believer in regular physical activity and exercise can have a major impact on improving physical and mental wellbeing. Her goal is to not only work on improving your overall health and function but is to make exercise fun and enjoyable rather than something you may have little enjoyment for.

Outside of work you may find Jessica doing her favourite forms of exercise such as running around Adelaide, or participating in a boxing or Pilates class. Jessica is a country girl, growing up on the River Murray always getting involved in the water sports. In her spare time, she spends a lot of time with friends, family or her golden retriever Caia.

Casey Mead is a Dietitian who completed a Bachelor’s degree in Nutrition and Dietetics at Flinders University. She is devoted to the profession and enjoys reading up on the latest evidenced-based research to broaden her knowledge and better her practice as a health professional.

Her special interests include:

In her spare time, Casey enjoys experimenting with new foods, exploring restaurants and cafes, catching up with friends, and enjoying the outdoors. Growing up, Casey enjoyed playing a variety of sports. Now, she is a daily gym devotee with a love of weight lifting and running.

Casey understands how difficult it can be managing health conditions with food and will provide an individualised approach to her consults to help support you reach your health and lifestyle goals.